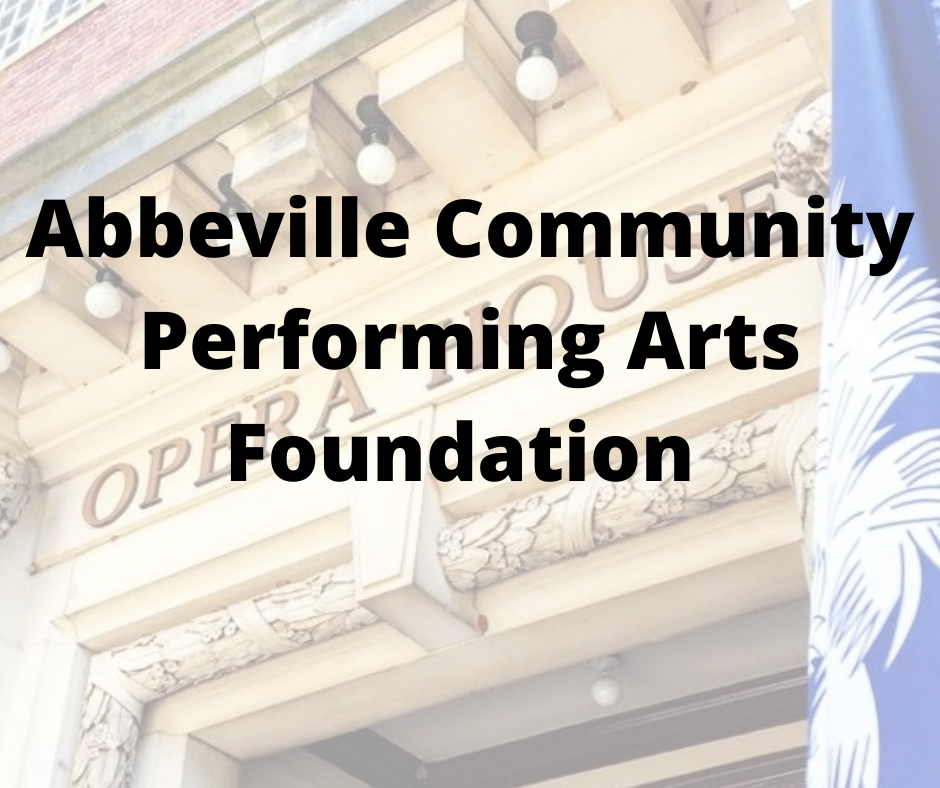 At the February 9th, 2021 City Council Meeting the Abbeville City Council voted to approve the inaugural board of the Abbeville Community Performing Arts.  The Board will begin meeting in the coming weeks to plan their official formation and the return of live theater to the Opera House as part of the new diversified lineup of entertainment.  The Inaugural Board Members are as follows:

The ACPA will be tasked with facilitating theatrical performances at the Opera House as well as other community oriented events in tandem with the professional acts brought in by the City's Community Development Department. In a broader context, the ACPA will act as another engine for the economic and cultural development of the City of Abbeville.

Per Ordinance 13-2020, which established the ACPA Foundation, the founding board shall consists of:

A. The founding board of the Abbeville Community Performing Arts Foundation shall consist of eleven (11) members. Seven (7) members shall be appointed by City Council and shall have experience in one (1) of the following criteria:

B. The remaining four (4) members will be ex officio members made up of the following individuals:

b. The City Manager of the City of Abbeville